Sacha and Nyree Kindred stay at The Guesthouse East with their lovely daughter Ella! 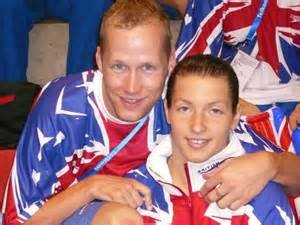 Nyree, is one of the most experienced members of the GB disability swimming squad and has represented Paralympics GB at four Paralympic Games. Her first appearance at a Paralympic Games came in 2000 in Sydney where she won three medals, two silver and a bronze. At the 2004 Paralympics in Athens, she won her first Paralympic gold medal in the 100 metres backstroke, following it up with another gold, two silvers and a bronze. She also won silver medals from both the Beiijing 2008 and London 2012 Games.

Eastbourne has a new pin-up girl